Stock located and ready to ship from Australia. Prices in AUD.

Your cart is empty! Start shopping
Stock located and ready to ship from Australia. Prices in AUD. 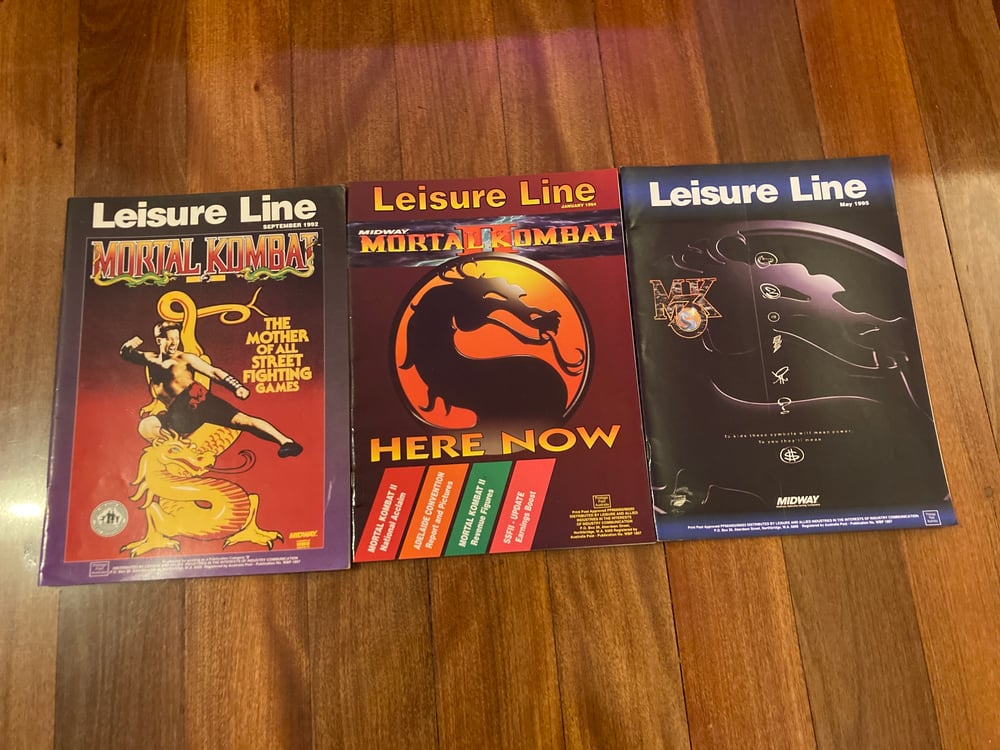 We've decided to open up for sale our personal archives of these fantastic and rare arcade publications from Australia: Leisure Line, Cash Box & Muse.

Don't miss your chance to catch a glimpse of Australia's rich arcade past in these elusive trade magazines that were only available to arcade operators on a subscription basis.

Magazines are offered in various yearly/themed lots as well as single issues. These are all the issues in our possession and it's very rare we come across these in our travels.

Please Note: Whilst most of these magazines are in good to very good condition, some are well read with general wear and creases. From memory there's also a couple missing a page or had something cut out of them.

If you want detailed conditions before purchase, feel free to send us a message.